Selections from Jeffrey Mayer’s Photographs of Prince in concert from 1983 -1993, one of the artist’s most productive time periods, dropping ten albums though the decade.

Jump to the Collection or Read On... 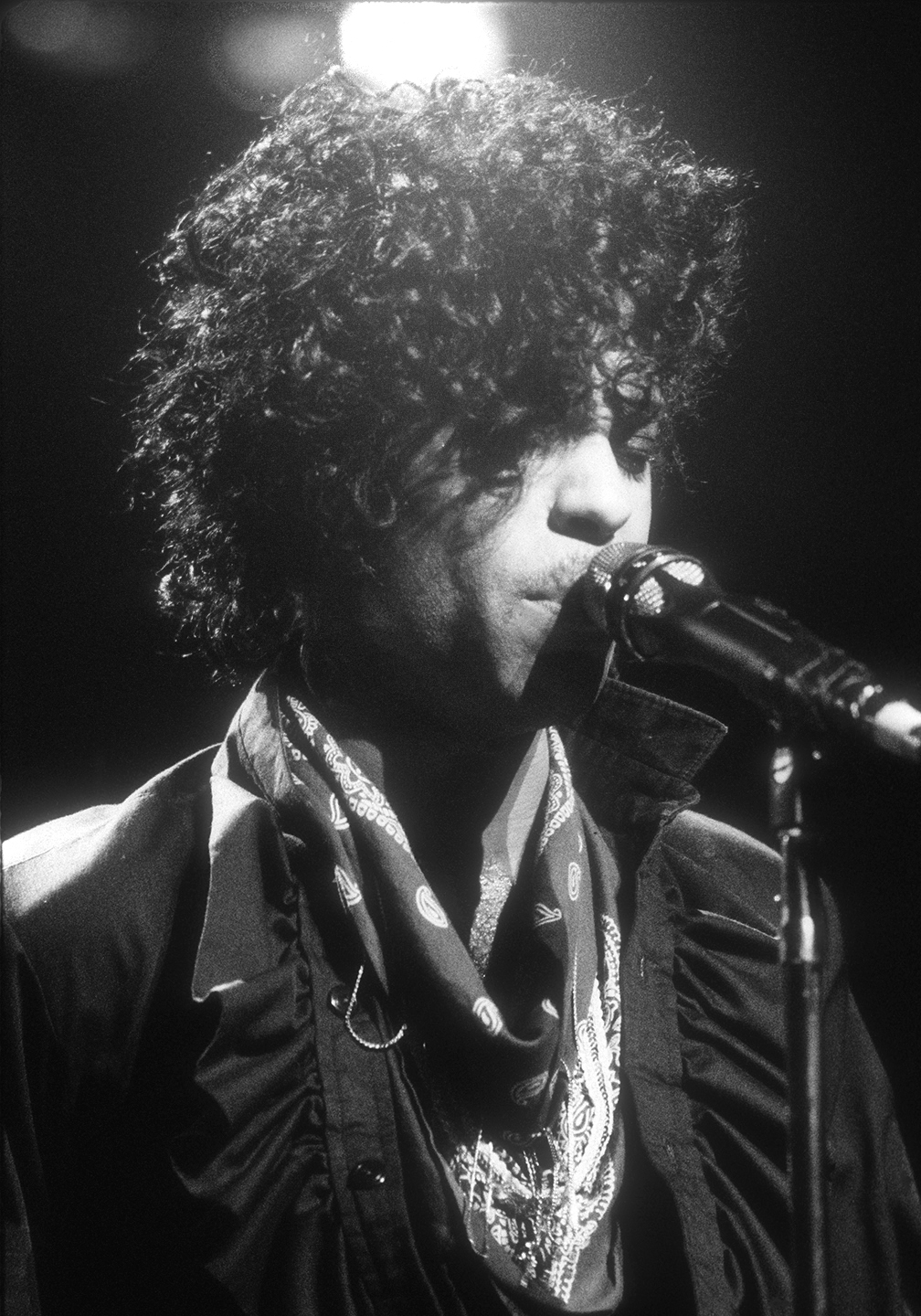 In 1982-83, Prince embarked on the 1999 Tour in support of his fifth studio album, 1999.  With the chart-topping singles “Little Red Corvette” and “1999” receiving regular rotation, this was Prince’s longest US tour to date.  Featuring supporting sets by Vanity 6 and The Time, this tour was also known as the “Triple Threat Tour.”  Many celebrities were reportedly in attendance during this particular show including Stevie Wonder, Bruce Springsteen and Quincy Jones.  This show also saw the live premiere of the song, “Moonbeam Levels,” which is regarded as one of Prince’s best.  In Jeffrey’s photos, Prince is seen singing hits such as, “Let’s Work,” “Do Me Baby” and “Let’s Pretend We’re Married.” Check Out Prince 1999 By Jeffrey Mayer 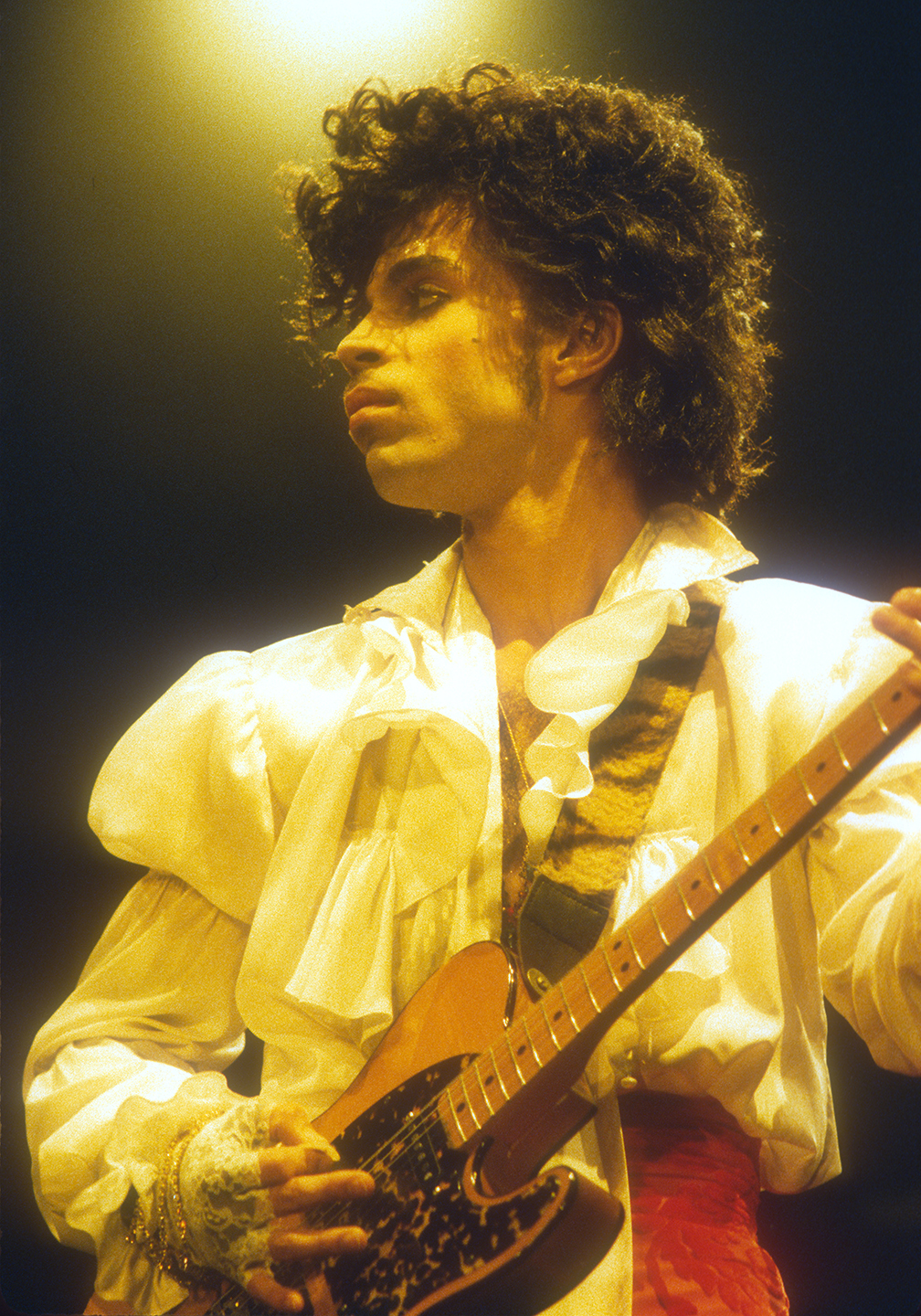 In 1984-85, Prince performed 98 shows across North America on the Purple Rain Tour, following up on the success of his hit album and movie, Purple Rain.  Selling 1.7 million tickets, the Purple Rain Tour marked the live debut of the iconic band, The Revolution, as they performed hits including, “Let’s Go Crazy,” “When Doves Cry” and “I Would Die 4 U.”  At the February 23rd show at the Inglewood Forum, Prince was joined onstage by Madonna and Bruce Springsteen to sing “Baby I’m A Star.”  In Jeffrey’s photos, Prince is seen singing hits including, “Delirious,” “1999” and “Take Me with U.” Check Out Prince Purple rain by Jeffrey Mayer

In 1988-89, Prince launched the Lovesexy tour, in support of his platinum album, Lovesexy.  Performed in-the-round, the multi-level Lovesexy stage included elaborate props including a basketball hoop, a fountain and a full-scale replica Ford Thunderbird.  Performed in two distinct acts, the show explored themes of duality… light and dark… sin and salvation.  The highly-acclaimed Lovesexy band, which featured Sheila E. and Cat Glover, performed a medley of Prince hits throughout the tour including, “U Got the Look,” “Kiss” and “Alphabet St.”  In Jeffrey’s photos, Prince is seen singing hits such as, “Erotic City,” “Housequake” and “Slow Love.” Check Out Prince Lovesexy Tour by Jeffrey Mayer 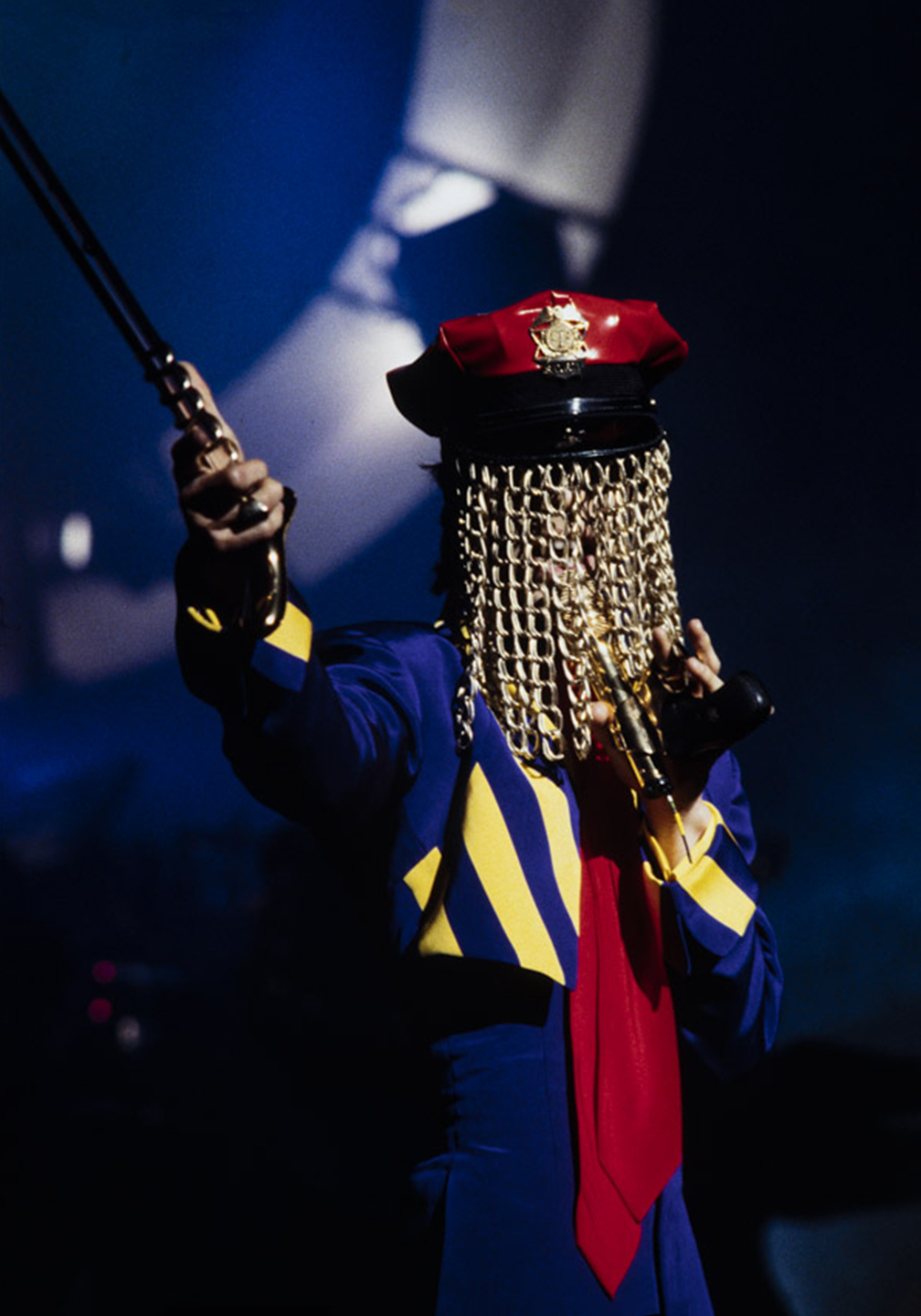 In 1993, Prince presented the Act I Tour, in support of his Love Symbol album.  This outing marked Prince’s first full scale tour of the United States, since 1988’s Lovesexy Tour.  This was also the first US tour of Prince’s band, the New Power Generation, which featured dancer Mayte, who would eventually become Prince’s wife.  The shows featured hits such as, “Gett Off,” “Peach” and fan favorite, “She’s Always In My Hair.”  After the Universal Amphitheatre shows, Prince and the New Power Generation would head to Europe for the Act II Tour.  In Jeffrey’s photos, Prince is seen singing the hits, “My Name Is Prince,” “Sexy M.F.” and “Love 2 The 9’s.” Check Out Prince ACT I Tour by Jeffrey Mayer

Products In This Article

×
Art Will Soothe Your Soul
×

Get the latest updates on new products and upcoming sales